'THE BEST OF BRITISH'

Click on the newsclip for a larger view.
(Some newsclips are large - please be patient) 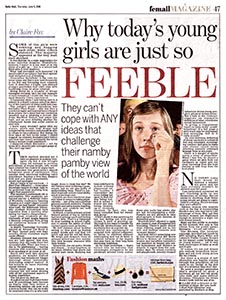 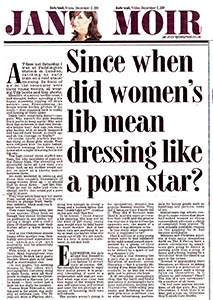 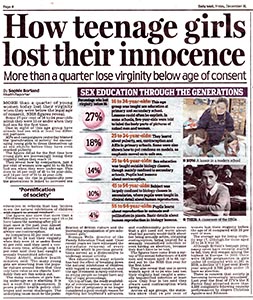 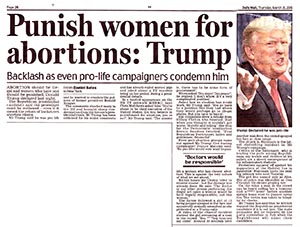 'FMG felt like a car was running over my body'
Evening Standard, 14th April 2016


When hanging is humane
The Mail on Sunday 10th September 2006 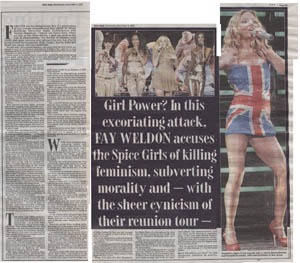 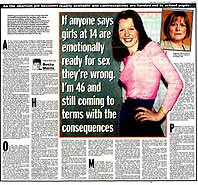 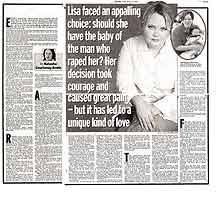 Lisa faced an appalling choice:
should she have the baby of the man who raped her?
Daily Mail Friday January 30, 2004 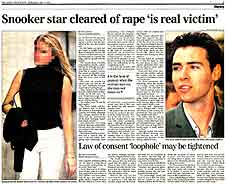 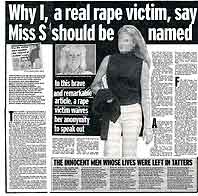 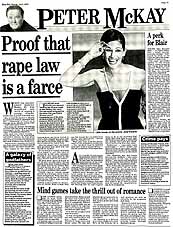 Jailed, girl who slept with three men in one night then cried rape . Daily Mail - September 19 2012.

Nadine Milroy-Sloane - Guilty of telling rape lies.
"Machiavellian liar driven by sheer greed and a bent for sexual fantasy" is given 3 years imprisonment.

The Daily Telegraph Saturday May 17 2003 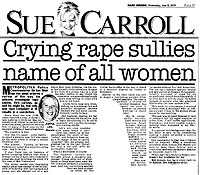 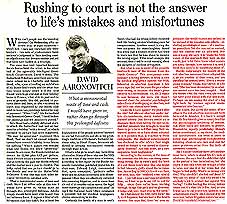 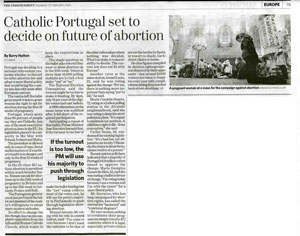 The liberals and lawyers who are destroying justice -
Abandoning the old rules of right and wrong.
The Mail on Sunday - May 5th 2002.

We're far too stressed for love, says one in three women
Ladies - the conflict between home and work.
Daily Mail - Wednesday 1st May 2002.

The region where most of the births are illegitimate
Disturbing statistics on illegitimacy.
Daily Mail - Wednesday 1st May 2002.

They didn't notice they were pregnant
The Times, Thursday April 19th 2007

The social evil of abortion
The Times June 1st 2007

Too many abortions: Lord Steel
The Guardian Wednesday 24th October 2007

Jimmy Savile and ... the sexualisation of our children.
Daily Mail 22 October 2012

Abortion and the principles of free speech.
The Independent, 15th March 2002.

ProLife Alliance broadcast battle lost (but not for long)
The Daily Telegraph, 25 May 2001

House of Lords- ProLife defeat
May 2003 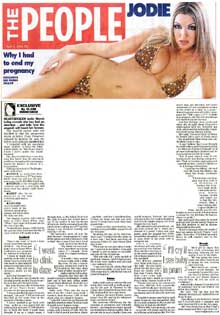 The Dangers of Body Piercing
The Times - Tuesday 10th September 2002

Robbie Williams - his child aborted against his wishes.
The Mail on Sunday - September 22nd 2002


Karen Mulder - "One more not so clever girl"
The Independent, 30th November 2001 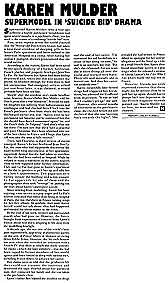 Return of the family
The Sunday Times, 28 February 1993


Women in the dock
Daily Mail

Abortion
Kill the body - but not the Soul

Not a happy anniversary.
The Times 1997.

Steel calls for abortion limit to be cut
The Guardian, Monday, July 5th, 2004

50 Babies a Year Are Alive After an Abortion
Daily Mail, November 28th 2005 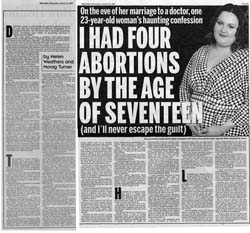 
Pregnant teenagers live in different worlds: the rich have abortions, the poor have babies
The Times Wednesday June 30th 2004

The unmentionables
Daily Mail May 13th 2004


Now for something completely different : 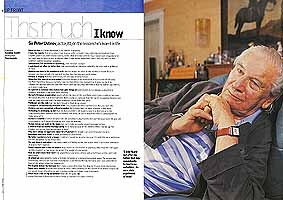 Our Beloved Sir Peter Ustinov - on the lessons he's learnt in life.

Peter Tatchell - Gays against the Bible 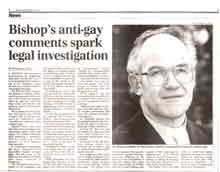 
The Gay Scene By Charles Parker (It Was Intoxicating......)
The Independent On Sunday 4th April 2004